Introducing our Finance Administrator – Will!

Introducing you to our Finance Administrator – Will! He takes centre stage in this months Meet The Team. Read on to find out all about Will…

What is your role at Coretek?

My role has many names: The Enforcer, Master of Coin, or just Finance Administrator. I basically handle the accounts.

How long have you worked in IT for?

I have worked at Coretek for 14 months and this is my first job in IT. I only do the accounts, but I’ve had to learn a lot of technical jargon in order to understand it all.

What is something that not many people know about you?

If I told you that, then many people would no longer not know it.

What is your favourite film?

I’m more into TV series’ at the moment. (Discovered The X-Files a couple of years ago, so slowly making my way through all of those). I don’t really have a favourite film, just whatever I fancy at the time. Right now I’m the mood for a Batman film, probably The Dark Knight.

How do you spend your spare time?

My partner and I have recently bought a house, so most of my spare time is spent doing DIY now. At the moment I’m trying to spend time in the garden, getting it ready to grow some food!

If you could have any superpower, what would it be?

The more I think about this, the more issues I can find! I know a popular one is to fly… but in the film ‘Chronicle’, one of the chaps gets struck by lightning! And Matilda’s power just no longer works – imagine having that power taken away from you… If I had to pick something, I would probably just control time. To be able to speed up or slow down time could be quite helpful, as long as you don’t consider the drawbacks…

What is your favourite food?

Pizza. But it has to be right. At a restaurant, I’d have a thin crust BBQ chicken. Take away, I usually go for a meaty one (with garlic mayo dip). Home-made can go either way, depending on how we feel. One of our first house purchases was a pizza oven for the garden; I’m hoping to get lots of use out of that this year! 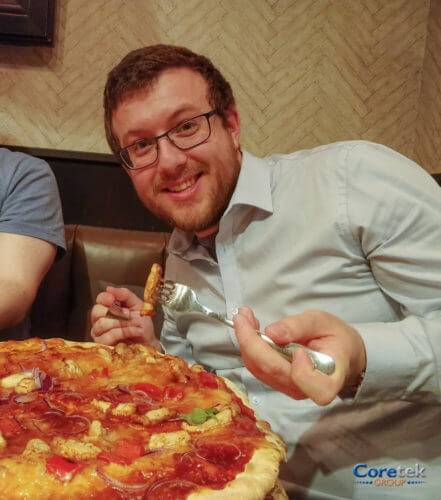 If you were an animal, which animal would you be and why?

I quite like birds, so I’d probably pick the hyacinth macaw… It’s basically the biggest, bluest flying parrot around – pretty incredible!

What is one thing that you could not live without?

I’d probably go with taste – I would hate to eat or drink and not be able to taste things. Imagine not being able to taste pizza! Or coffee! I don’t really want to think about that any more.

What have you always wanted to do, but never done?

I’ve always wanted to restore a classic car. It’s something that I can still see myself doing at some point in the future, I just need the time. And space. And money. 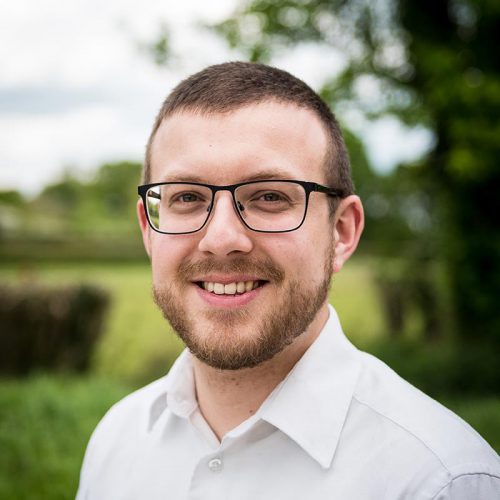 Take a look at our Meet The Team page to meet the rest of the team!